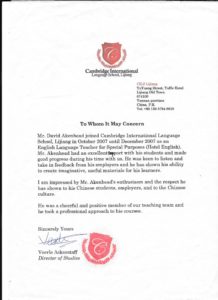 Sunday, 5th July 2020 – Visits to date: 44,836 – We climb mountains, along with beautiful singing from my daughter, Charlotte in Portugal (below): Thanks to David Parfitt, Puzzles Editor, and Times On-Line for their generous support for my venture in their weekly plug. See also our new App preview which is a work in progress. Check out my NEW Times2 Crossword Games Compendium + samples for my new App. With Bastille Day beckoning, I’ve just discovered that according to my grandfather’s history of the French Revolution by H. Morse Stephens, Balliol College, Oxford, Louis XVI was not guillotined but executed with the sword as was his right by his loyal executioner, Sanson! The Guillotine machine was introduced in the spring of 1793 whereas Louis died on the scaffold before the people at the Place de la Révolution at twenty minutes past ten on the morning of January 21st 1793! He goes on to say later that the first victim of the Guillotine was one Blanchelande, a former Governor, who met the machine’s fate on April 12th, after the Revolutionary Committee agreed its use on April 11th! He concludes: “A powerful instrument was thus created for securing peace at home by inspiring terror” Personally, I’m inclined to believe the historian! So much for your Royal Myths and Secrets, Lucy Worsley and the BBC! This should set the tongues wagging! – DA

NEW FORMAT: Browsers featuring today: Chrome, Safari, Edge, Firefox, Opera, Internet Explorer, Yandex – Alongside witness my testimonial from my teaching days in China in happier times, at our multi-national language school and at the Banyan Tree Hotel where I taught English as well as Shakespeare! Also witness a fascinating article by my father (below) for Times News, the House Journal of Times Newspapers, February 1976 Edition – father was very much into code-breaking in his War years, and as usual, a 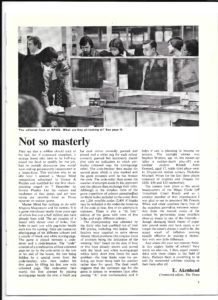 master of understatement: 23rd out of an original field of 800 plus, wasn’t bad going! ‒ David Akenhead

Thank you all – Keep on truckin’!

There has been a sea change on this website, such that I now defer to these wise words from a beacon of light in a troubled world:

“Come in I’ll give ya shelter, shelter from the storm” Bob Dylan, 17th September 1974

which sentiment I will henceforth pursue on this website and try to prove that we can move mountains if we still have a mind so to do, that precious commodity that needs a bit of nurturing especially now! I shall endeavour to do my utmost to oblige with a few timely prompts to remind me I’m not useless, yet!

We Never Say Die in this family, (a horse my father backed successfully once with Lester Piggott aboard to win the Epsom Derby back in 1954, an American bred colt and the first to win in 73 years and reminds me of a quote from my beloved son, James, when he was about to attempt to scale the heights of Vegas at the poker tables back in July 2009 in an interview for Bluff, Europe just before he ended up 9th in the World Series that same year! “The first time I played the Main Event, I lasted nine hours exactly; the second year was nine hours ten minutes, and the third year was nine hours 30 minutes, so I should make the final in about 400 years time.” Who Dares Wins! Ditto, my daughter, Charlotte, who I understand is singing her heart out in Oporto to lift spirits during Covid-19 with her lovely voice.) Bless them both! and leads me to a clue I dreamt up recently which appears to be popular.

With it, junior flying officer latching on to neutron star lost direction (7)

also, in an effort to make one or two vintage cryptic clues comprehensible to a modern reader I came up with this one which I thought fitted the bill . . . 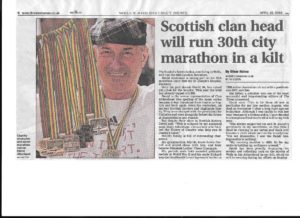