On Wednesday 27th September 1939, barely weeks since Neville Chamberlain declared war on Germany, H.A. Taylor (below) wrote to The Times warning of the dangers of cryptic messages being conveyed to the enemy via devices like national crosswords! Barely five months on, the appearance of this crossword in The Times on February 2nd  1940, with the Thunderer’s unique habit of not naming the author of their crossword, (and I very much doubt to this day, that they have the foggiest idea of who it was!), I equally doubt that if No 10 or the Ministry of Defence had got wind, it would ever have seen the light of day! Particularly poignant for me, is that I spent nigh on twenty seven years living in Hither Green between 1981 and 2008, which any residents there will confirm, was during the War the principal rail link to the South and South East of England housing as it did railway marshalling yards and sidings, so vital to the War effort, but suffering massive damage from German bombs. Granted that this crossword appeared in early February, long before the Blitz which in the good authority of my Times Atlas of the Second World War began on the 7th of September of that year, but preparation and precision, rather like their remarkable achievements on the football field, were not lacking in our German opposition, and as in H.A. Taylor’s prediction with the lessons of World War One, we invariably had to play catch-up all the way to the penalty shootout!

Very sorry if I’m offending anybody by my strictly neutral observation some 80 years later, but I cannot help detecting what seems to me, (with the two central solutions in a very strange grid, resembling a couple of railway lines) to be a blatant central message to the Luftwaffe in this puzzle, which uncoded I read: Hello, contact (1 and 4 ac Sod the pass, a wager on the team – DEFILE, SIDE BET) relay please to (2 dn FOREIGN STATIONS – Goering) secondary option (4 dn They don’t immediately come to mind (6,8) SECOND THOUGHTS), after you’ve dropped most of your load on London, on your return drop the remainder on Hither Green (8 dn Sidelines (7,7) RAILWAY SIDINGS) agent confirmed operational (5 dn He knows all the ins and outs of the business (last word referring to Times staff, possibly called away on codebreaking duties themselves!) – DOORMAN signing out (6 dn BUSINESS AS USUAL) 22 ac Among the wellrun second the limits of a yawn are very restricted (4,4,2,5) (Precision bombing required with secondary target) FROM HAND TO MOUTH (my hand to your mouth) and finally 17 dn TRIUMPH an impostor from Kipling, no less!). Clearly, Doorman thinks so, and possibly with good reason! Am I being fanciful? Judge for yourselves! See “The Quality of Mercy” below – David Akenhead

The Quality of Mercy

Alice Akenhead, George Medal – Distinguished service – Nurse 161901 St John’s Ambulance – Western Front 1914, 1915, 1916 St John’s Ambulance No. 161901. At considerable risk to herself in 1916 at the Battle of Flers-Courcelette escorted the wounded from the 6th Lincolnshires to the Army Field Hospital nearby along with her brother Captain David Akenhead, badly wounded with shrapnel and loss of one eye, and thence back to The Old Rectory and the Laird as they used to call my great grandfather, Edmund Akenhead (senior) in Lincoln, for wounded soldiers. Interestingly she had an illustrious sister, Great Aunt May too, who knew Alice Liddell, of Alice in Wonderland fame, and indeed was one of Lewis Carroll’s (aka Charles Dodgson) captive audiences in the Alice books! Dodgson was my other Great Grandfather’s (Edward Williams Byron Nicholson – Librarian of the Bodleian) great friend in Oxford, with whom he used to play chess, regulary, and had a cat called Dinah, who was for ever jumping over the wall into my Great Grandfather’s garden! Nicholson’s wife (Helen Grant Macgregor of the Macgregors of Savile Row, doctors to George IV and William IV) produced my Grandmother, Myrtle, who became Somerset Ladies Chess Champion and married my Grandfather, Captain Francis Akenhead (5th Manchesters) who like his sister Alice above rendered notable service in both Gallipoli (Krithia Heights) and France in the Great War. Myrtle was mortified when her son’s (Edmund, Times crossword editor) elder son, David (that’s me), beat her at chess aged eleven. Beginner’s luck, I suppose, but she never spoke to me again! There’s a moral in there somewhere!

Edmund Akenhead TD – for Distinguished service awarded with successful crossing of the Rhine 1945. Pilot Officer RAF at outbreak of hostilities of World War Two. Codebreaker and fluent in German and some Russian. Concluded service in The Army Air Corps, and promoted Lieutenant Colonel Glider Pilots Regiment. The TD was for securing his sector without loss of life on either side. He landed his glider in a field with his detail some 50 miles inside enemy territory. It is not known, whether the enemy heard him, or whether they cared, but my father knew he had 22 men whose lives depended on him. They landed in a field close to a road to the sound of the movement of heavy vehicles. He radioed to base that he had arrived and that the enemy seemed to be on the move but he was in a risky situation. He managed to get all his men to the safety of a nearby wood, then at some risk to himself alone returned to his aircraft for essential medical supplies and chocolate! He returned to his men. From the wood they could see a Bauerhaus (farmhouse). They proceeded accordingly. My father had his service revolver. He told his men to wait in a barn. My father proceeded to the house, where he was met by the Bauer brandishing a Luger. He beckoned my father to enter. My father did not resist, but he did not relinquish his revolver either. Inside he was met with the Bauer’s wife and his daughter. Their son, a pilot in the Luftwaffe had been sent to the Russian front. It was clear both men were reluctant to use their weapons, but it was equally clear they were both prepared to. My father broke the ice in fluent German. He reasoned, if you shoot me, I have twenty two men nearby who will blast you and your family to eternity. I can see you are an honourable man devoted to family and country as am I. Would we not be doing our duty if we were to accept that the War will soon be over, and we will both have done our bit? The Bauer welcomed my father’s initiative, and both put down their weapons and hugged each other. The farmer and his wife, gladly housed my father’s men and they were treated to the luxury of milk and eggs until they were relieved by the Allies advancing two weeks later. Needless to say, they remained firm friends after the War too. In my early life in business before newspapers, I joined Standard, became a currency trader and today I still have good friends in both Commerzbank and Deutsche Bank! My dear friends, we would be a sorry world today without you! 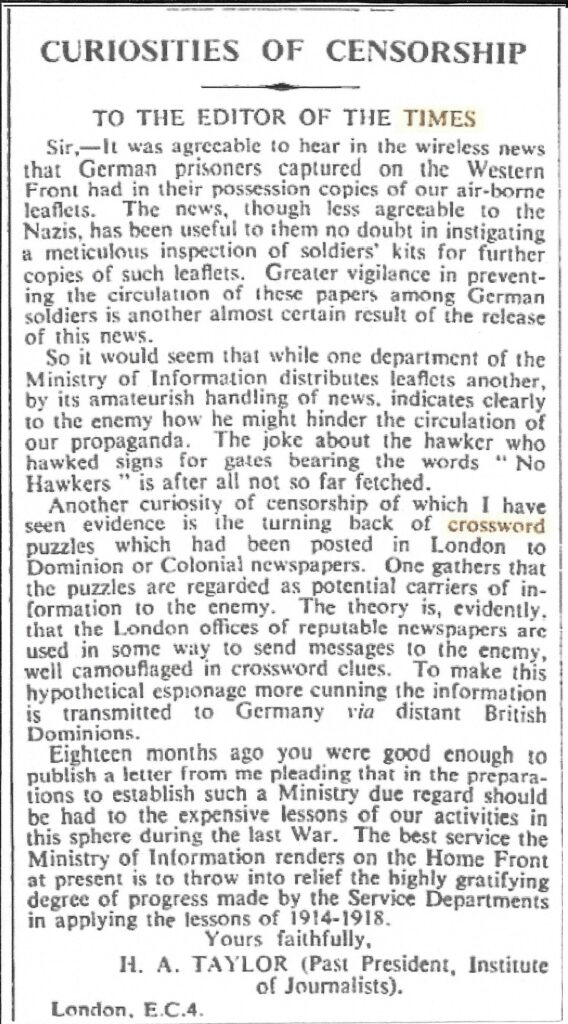